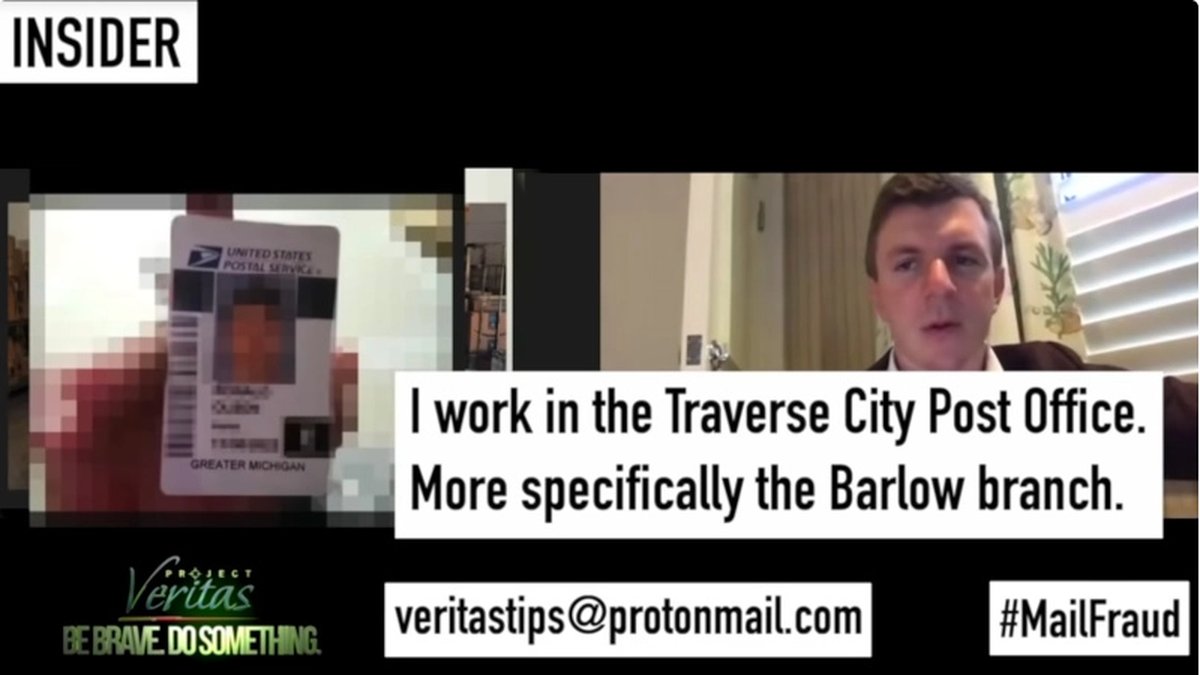 The USPS Inspector General’s office has contacted Project Veritas following their report from a postal employee who says he was instructed to collect ballots after the election cutoff so they could be backdated.

“They’re aware of this, it falls under their jurisdiction, they’re assessing whether to investigate,” said James O’Keefe, founder of PV.

A US Postal Service employee from Michigan has reportedly turned whistleblower, telling Project Veritas that his supervisor instructed mail carriers to collect and segregate new ballot envelopes received after the election cutoff so that they could be fraudulently back-dated with a Nov. 3 postmark.

Whistleblower: “We were told to collect any ballots that we find in mailboxes, collection boxes, et cetera, for outgoing mail, at the end of the day, we are supposed to separate them from the standard letter mail, so they can hand-stamp them with yesterday’s date—and put them through the Express Mail system—to get wherever they need to go,” said the whistleblower, adding “For clarification, today is the fourth of November.”

Whistleblower: “Yeah, that’s why I am coming forward with this information. That is a very shady—in addition to, as far as I am aware, we’re not supposed to be counting ballots that are postmarked after the third of November here in the state of Michigan.”

The Insider said he was shocked when Barlow Branch morning supervisor Jonathan Clarke told a group of mail carriers how late ballots would be handled.

The Insider said there was a process set up for the post office workers involved in the bogus postmark scheme. – Project Veritas

Alex Jones breaks down the dangers of mask propaganda and the authoritarians pushing lockdown culture.