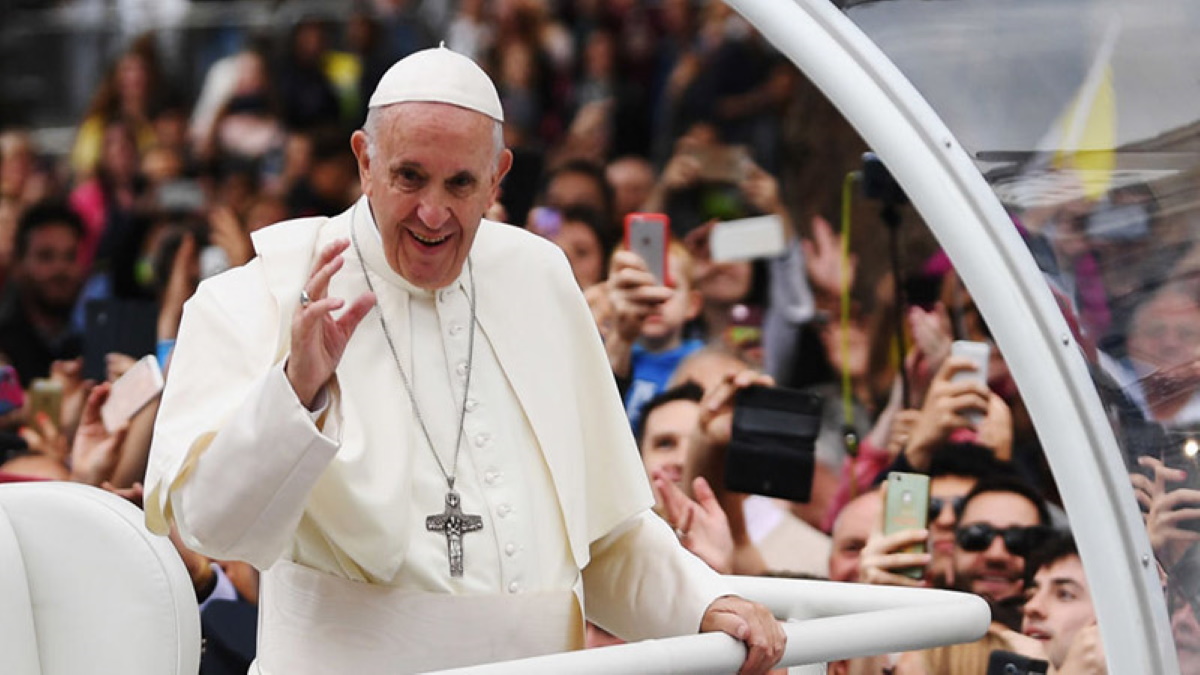 This Pope Is A Puppet For Satan

Viral video shows two Catholics entering a church in Rome, seizing several pagan statues which were allegedly blessed by the Pope as part of a bizarre global warming ritual and throwing them into a river.

In this dramatic video, titled “the journey of the Pachamamas,” at least two persons enter Santa Maria in Traspontina Church near St. Peter’s Basilica in Rome (apparently in the early morning hours), remove several replicas of the controversial carved statue of an unclothed pregnant female from the side altars where they had been displayed, proceed to the Castel Sant’Angelo and greet St. Michael the Archangel, before chucking the statues into the Tiber River.

[…] The men behind the action have issued a statement, saying:

“This was done for only one reason: Our Lord and Savior Jesus Christ, his Blessed Mother, and everybody who follows Christ, are being attacked by members of our own Church. We do not accept this! We do not longer stay silent! We start to act NOW!

Because we love humanity, we cannot accept that people of a certain region should not get baptized and therefore are being denied entrance into heaven. It is our duty to follow the words of God, like our holy Mother did. There is not second way of salvation.

Leftists want to shut down and discredit Alex Jones and the Infowars network for exposing the darkest depths of their evil.By the way, our Everything Must Go Emergency Sale is now live! Get 70% off Survival Shield X-3 and an additional 50% off other products with free shipping and double Patriot Points!

This was the original video in lower quality:

Catholic priest and apologist Fr. Mark Goring compared this morning’s removal and casting into the Tiber River of several replicas of a controversial naked statue, said to be Amazonian fertility goddess “Pachamama,” to the Gospel story of Jesus Christ, who made a whip of cords and angrily cast out the money-changers from the Temple and accused them of turning the holy place into a “den of thieves.”

[…] While Fr. Goring said that other religions and their sacred places should be respected, he expressed surprise that the statues had remained on display before an altar of the historic church for as long as they did. Quoting the Gospel of John, the priest recalled the story of the cleansing of the Temple by Jesus Christ, who made a whip of cords and drove the money changers out.

“‘Stop making my Father’s house a marketplace,’” Fr. Goring quoted, “‘His disciples recalled the words of Scripture: Zeal for your house will consume me.’”

The statues first appeared at an October 4 ceremony at the inauguration of the current Amazon Synod, where Amazonian indigenous and at least one Franciscan bowed to them as Pope Francis and cardinals looked on.

The statues were used as part of what appeared to be a bizarre global warming ritual carried out in the Vatican gardens.

One of the statues was presented to Pope Francis, by a woman who referred to it as “Our Lady of the Amazon.” The pope blessed the statue.

Mary, Joseph and Jesus are also reportedly “hidden” among the 140 figures “from different cultures and from different times in history.”

Many prominent Catholic clergymen and scholars formally accused the Pope of a long list of heresies in an open letter in April.