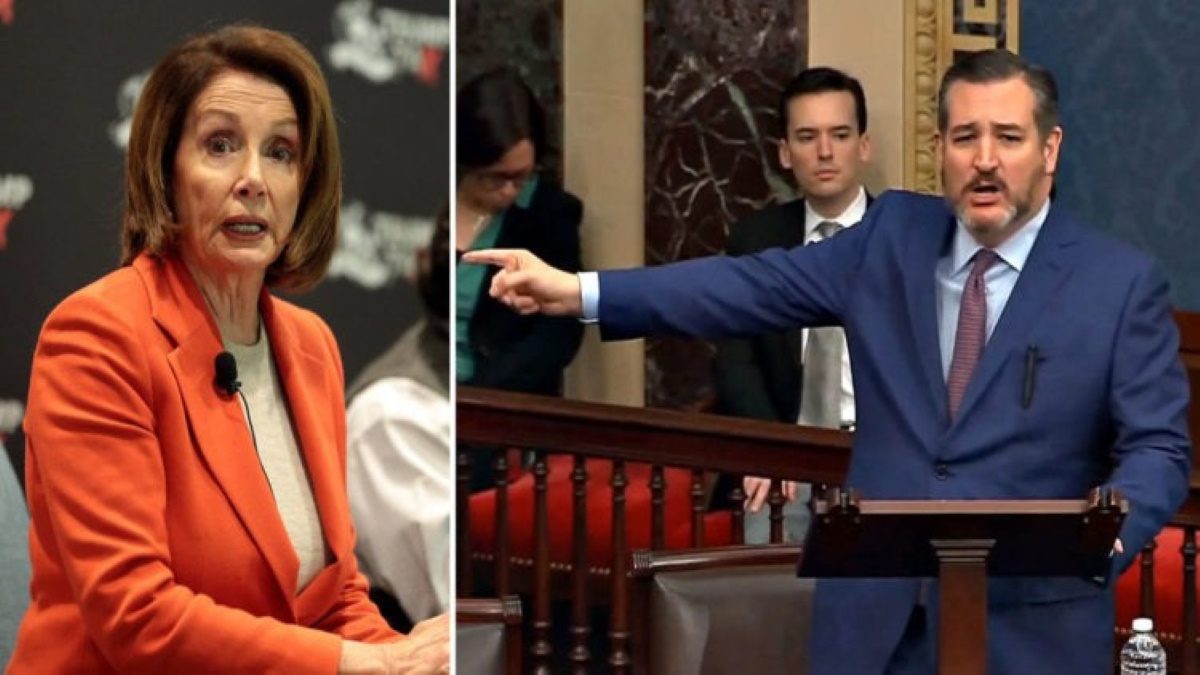 Cruz urged Democrats to not treat the stimulus like a “partisan Christmas,” reminding viewers that Republicans have not done the same. “You don’t talk about what I’d like to do, I’d like to abolish the IRS… but Mr. President I’m not standing here with an amendment saying as part of this emergency relief let’s abolish the IRS.”

“The Democrats are pushing wind and solar tax credits,” Cruz continued. “Mr. President, what in the hell does a windmill have to do with this crisis, other than there’s some Democratic lobbyists getting fat and rich, and they’re willing to extort a crisis to advance their political agenda.”

Cruz also tore into Pelosi’s bill for demanding “corporate board diversity,” asking, “What in the hell does that have to do with this crisis?”

In his concluding remarks, Cruz said, “I call upon both sides, don’t play games with us. This crisis isn’t gonna end tomorrow, it’s not gonna end the next day, it’ll last for a considerable time. It’s gonna require adults to step up and lead.

Cruz’s speech can be seen in full below: