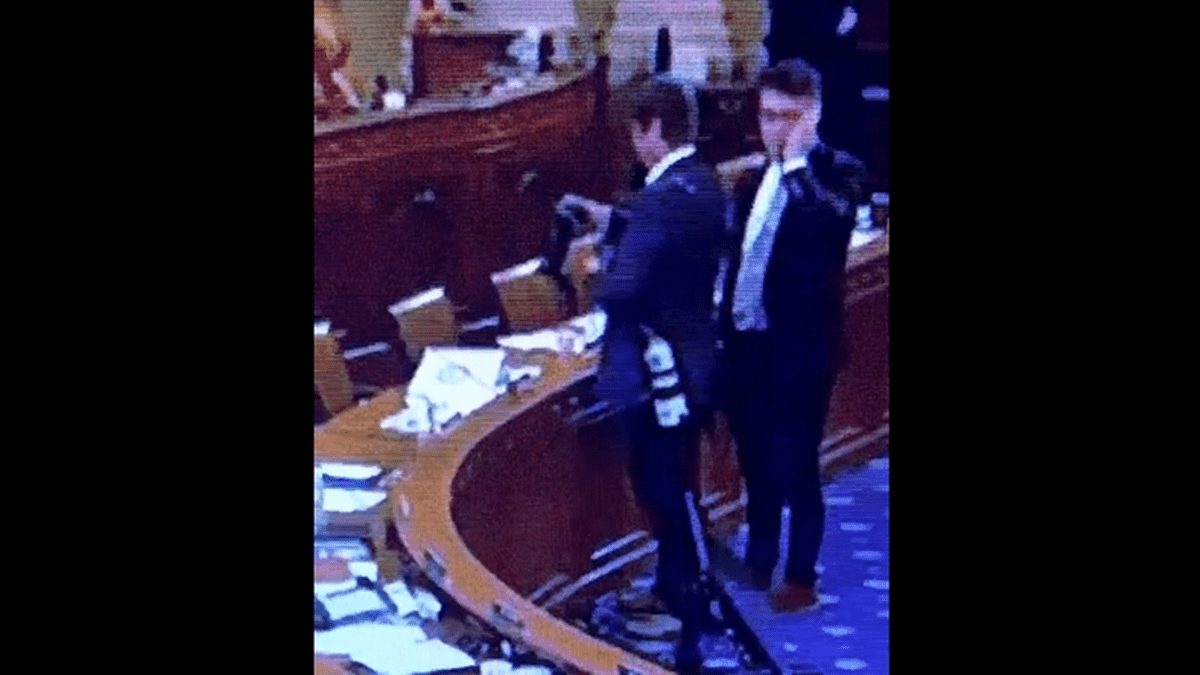 Internet memelord Carpe Donktum tweeted a video of a Reuters photographer named Josh Roberts sneakily taking photos of paperwork lying on the desks of the House Judiciary Committee while they were out on recess.

“Whoever this is, regardless of their party affiliation, should lose their press pass and be banned from the capitol building,” Carpe wrote.

Congressman Devin Nunes (R-CA), who was tagged in Carpe’s original post, retweeted the video and responded with “Media spy games!”

Following the committee’s recess, Rep. Matt Gaetz (R-FL) called out Reuters photographer Josh Roberts for “approaching the dais and taking pictures of the notes on the desks of some of my Democratic colleagues.”

“We noticed that, announced it to staff and that photographer has been removed. And I would just say no member, Republican or Democrat should be subject to that,” he continued.