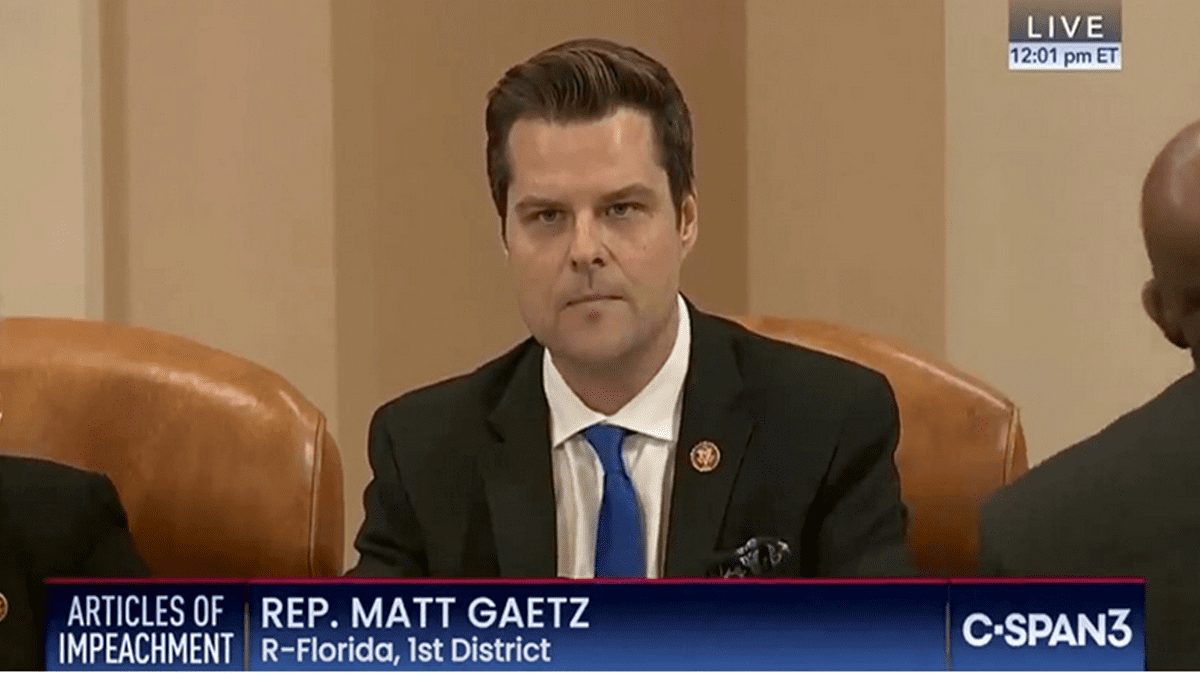 That’s “five times more than a board member for ExxonMobil,” the congressman pointed out.

Citing an article by The New Yorker, Gaetz described how an intoxicated Hunter Biden wrecked a rental car in California and allegedly left a crack pipe and line of cocaine residue in the damaged vehicle.

“It’s a little hard to believe that Burisma hired Hunter Biden to resolve their international disputes when he could not resolve his own dispute with Hertz Rental Car over leaving cocaine and a crack pipe in the car,” Gaetz said.

“It’s hard to believe the guy wandering through homeless encampments buying crack was worth $86,000 dollars a month to Burisma Holdings,” he continued.

Hunter even admitted to ABC that he likely wouldn’t have ever got the job if his father was not the Vice President.

The Obama administration was also aware of and worried about the suspicious nature of Hunter’s lucrative contract with the foreign corporation.

Next, the Florida congressman elaborated on why Republicans are so upset they didn’t get to call on their own witness or provide their own evidence.

“Because there is no way, in The United States of America, that honestly pursuing actual corruption is an impeachable offense,” he concluded.