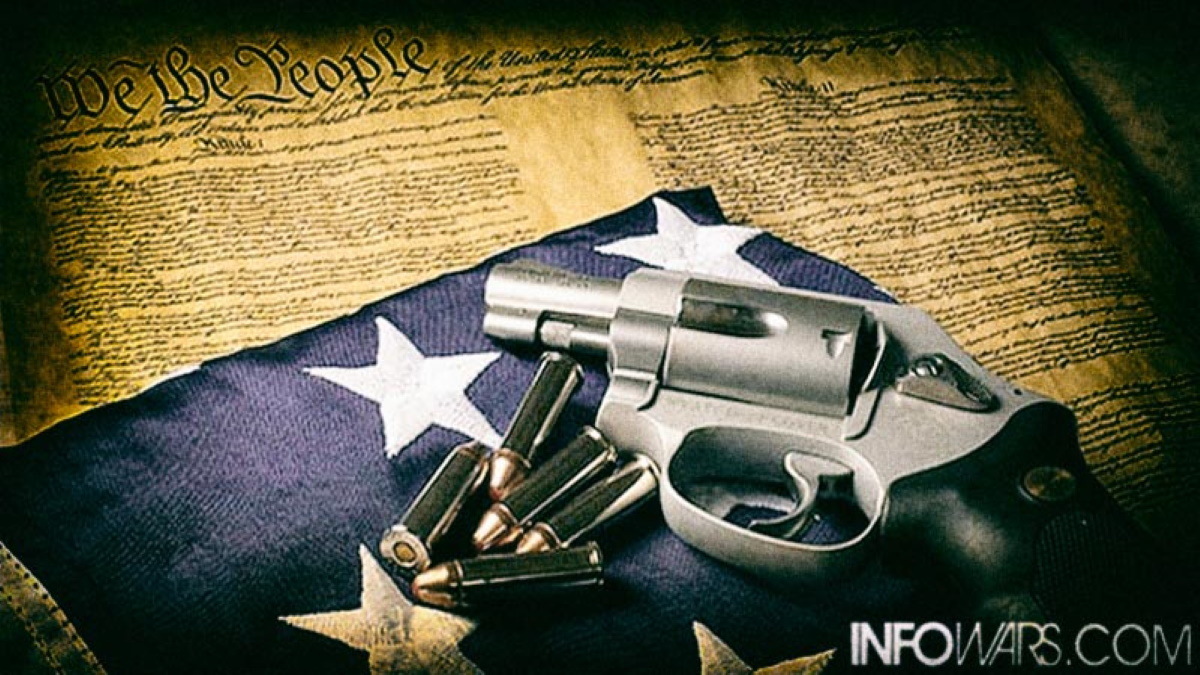 The sheriff of a county in Virginia says he’s ready to deputize thousands of citizens if the state legislature passes laws restricting the Second Amendment.

At a board meeting Tuesday where a resolution was passed declaring Culpeper County a “constitutional county,” Sheriff Scott Jenkins said he will vigorously defend the “God-given” right of citizens to own firearms.

“The right to bear arms—some believe that the Second Amendment gives us that right, when in fact it’s a God-given right. If you don’t believe in God, it’s a law of nature that every creature can defend their lives from threats,” Jenkins said.

Furthermore, Jenkins added he is prepared to deputize numerous citizens if that’s what it takes to comply with new gun laws.

“If the legislature decides to restrict certain weapons I feel harms our community, I will swear in thousands of auxiliary deputies in Culpeper,” the sheriff stated, according to The Culpeper Star-Exponent. “There’s no limit to the number of people I can swear in… Personally, I don’t think some of the bills that are proposed will pass, I don’t think we’re that far left in Virginia.”

“A militia, when properly formed, are in fact the people themselves and include all men capable of bearing arms,” Jenkins added, citing Virginia-based Founding Father Richard Henry Lee’s perspective on the Second Amendment.

County Supervisor Jack Frazier, who recommended labeling the region a “constitutional county” rather than a “sanctuary county” to distinguish from liberal “sanctuary cities,” said he wanted the proposal to send a message to legislators.

“I am hoping that by standing by our neighboring counties that this will send a message to our governor, legislators and the folks in Richmond that the people of Culpeper County know best as to how we can protect ourselves and our families,” Frazier said.

A county resident and US Navy veteran also told the local paper he feared for his rights after Democrats took control of the state’s General Assembly.

“When I see bills being introduced to the House of Representatives in Richmond that you can’t even train your kids on how to use a gun, that’s a little much. I’m just bound and determined that they’re not going to take my rights away,” expressed retired service member Charles Evering.

The resolution reads in part:

Commiefornia gun laws are iilegal and unconstitutional, they are null & void