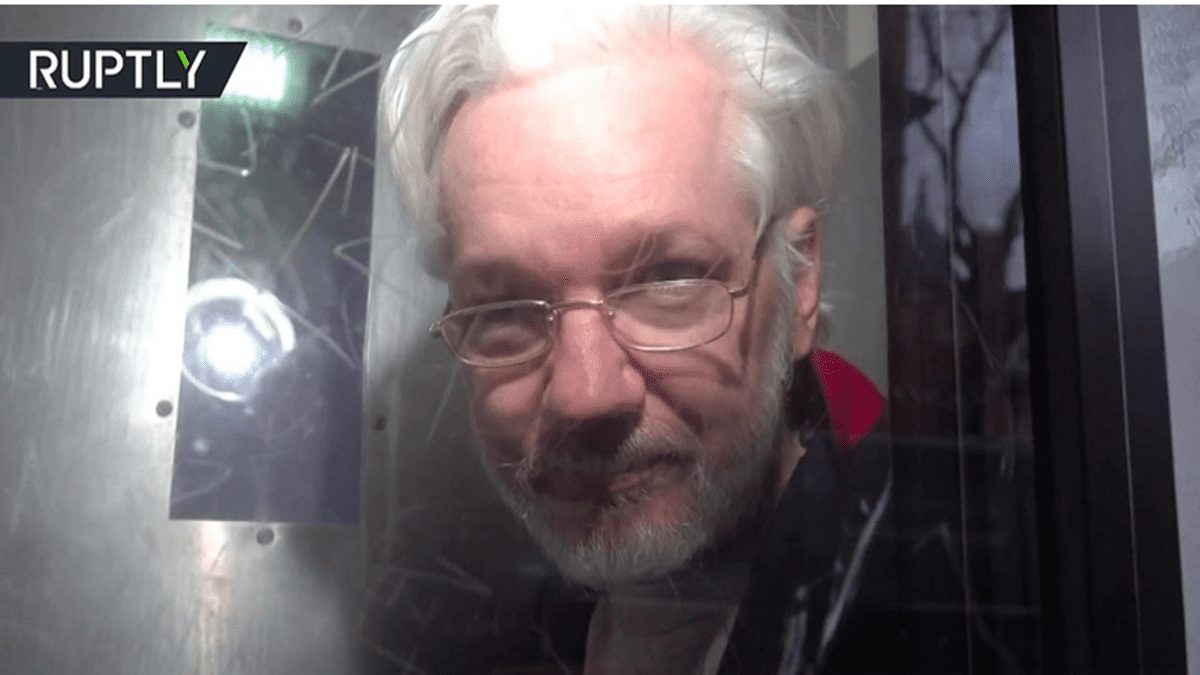 Caught on camera as he was taken away in a police van, looking pale-faced and wearing glasses

WikiLeaks founder Julian Assange has been filmed leaving Westminster Magistrates’ Court in a police van after a brief preliminary hearing on Monday, part of his bid to prevent his extradition to the US to face espionage charges.

The 48-year-old Australian – who has been charged by the US with conspiracy to commit computer intrusion, working with former army intelligence analyst Chelsea Manning to break into Department of Defense systems and gain access to US state secrets – left court after a 12-minute hearing in London.

He was caught on camera as he was taken away in a police van, looking pale-faced and wearing glasses. The footage contains the voice of a supporter giving the journalist encouragement, to which he acknowledges with a series of nods.

The journalist was backed by dozens of supporters during the court proceedings, including British musician MIA. He spoke only to confirm his name, his date of birth, and to briefly state he did not understand an element of court business.

Initially locked up for the minor offense of skipping bail, Assange is being detained in the notorious maximum-security jail Belmarsh. It’s a Category A prison – the highest level in the UK penal system – intended for “highly dangerous” convicts and those likely to attempt escape, typically befitting murderers and terrorists.

Assange’s charges were dropped by Sweden but it doesn’t matter to the Feds. They’ve done this before with Ross Ulbricht (Silk Road), Schaeffer Cox, Marty Gottesfeld, etc.