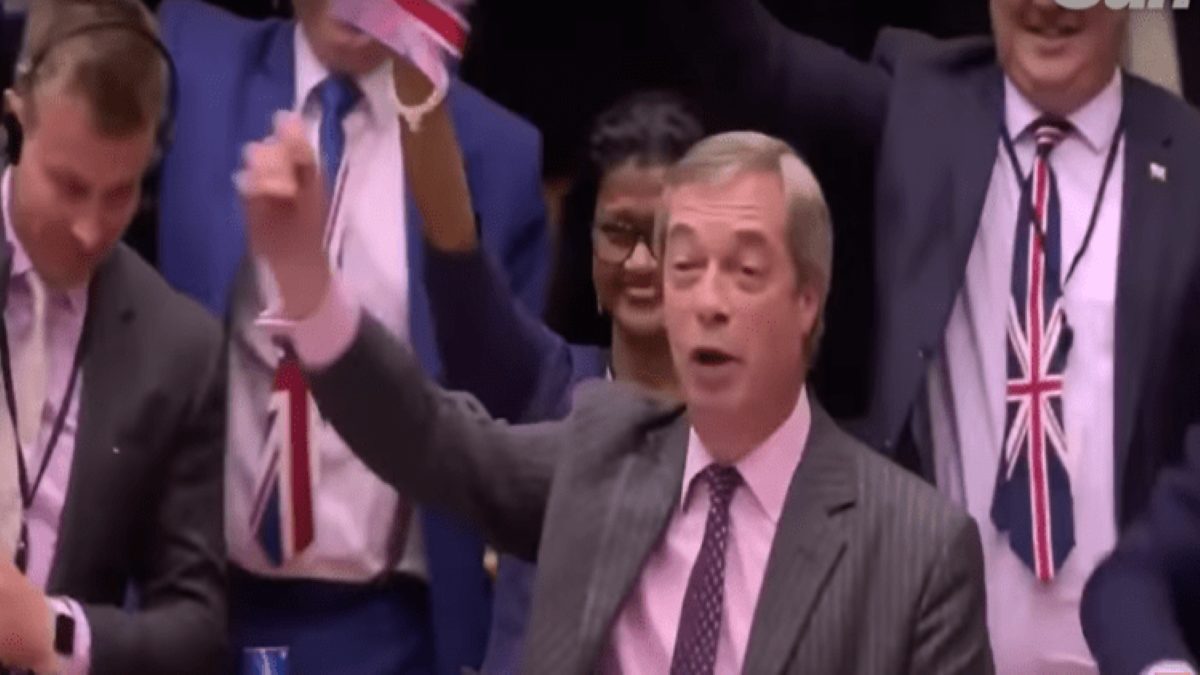 The Brexit Party waved their British national flags defiantly in their last-ever appearance at the European Parliament Wednesday, marking the celebratory finale of populist leader Nigel Farage’s two-decade run in the continental body that he himself despised. And he left on top, with his makeshift Brexit Party counting as England’s most-represented political party in European Parliament following a recent electoral landslide win.

At midnight this Friday January 31, Great Britain formally leaves the European Union pursuant to its 2016 Brexit vote which freed the British people from EU occupation. The United Kingdom will spend the next 11 months in a transitional period to iron out details and trade agreements. Britain’s freedom from the EU means that prime minister Boris Johnson can now forge a brand new trade relationship with American President Donald Trump, an ideological cohort of the Brexit movement.

“It is globalism against populism. And you may loathe populism, but I’ll tell you a funny thing: It’s becoming very popular,” Nigel Farage stated to laughter from his kindred spirits.

“Once we’ve left, we are never coming back, and the rest frankly is details. We are going. We will be gone,” Nigel Farage declared in his remarks, in which he mocked and taunted his Parliament colleagues before receiving a warm-hearted three cheers from his fellow Brexiteers. Then, similar to the disciplinary hearing scene in the classic American movie Animal House, Farage and the Brexiteers walked out of the Parliament in cheery defiance as a Parliament authority figure cut Nigel’s microphone for disobeying the rules.

“Put your flags away. You’re leaving. And take them with you if you are leaving now,” the female authority figure stated.

And so the Brexiteers merrily exited. Tags: Brexit PartyNigel Farage