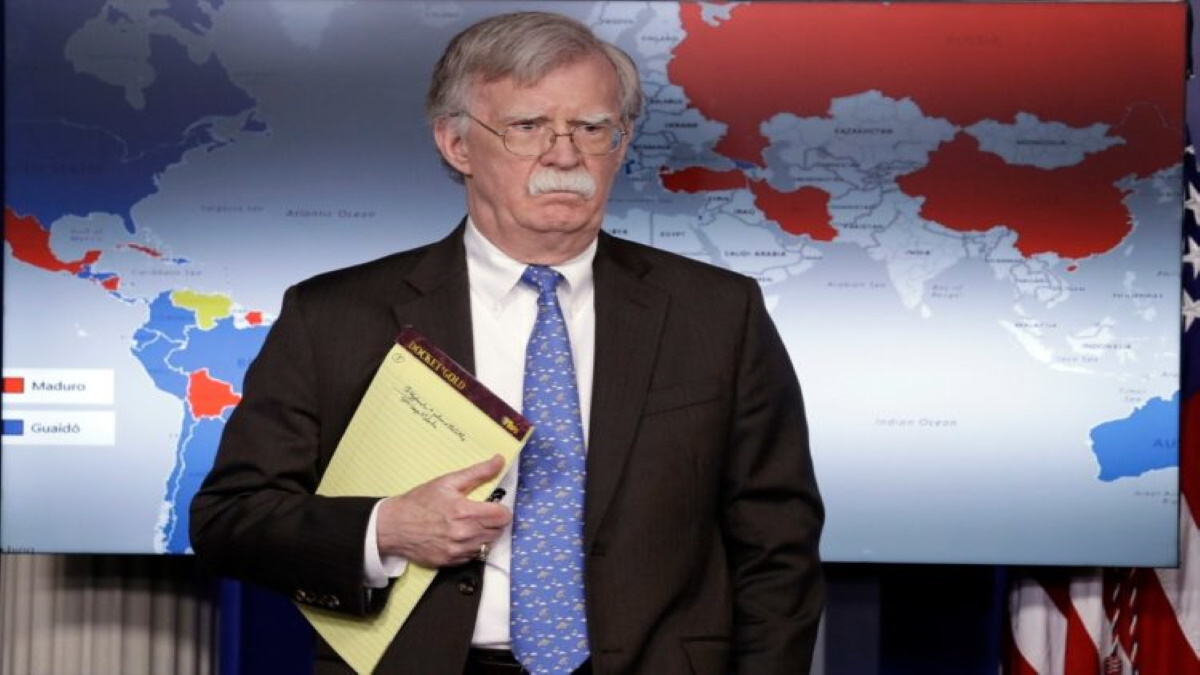 The neocon wing strongly supports the U.S. funding and arming of Ukraine to challenge Russian leader Vladimir Putin, an oil exporter who is hated by the Washington foreign policy establishment.

A financial disclosure shows that Bolton accepted $115,000 from the Victor Pinchuk Foundation for a pair of speeches in September 2017 and February 2018.

At the former speech in Kiev, Bolton sat on a panel and basically expressed that the national security establishment would not allow Trump to become unconventional on policy, stating, “The notion that [Trump’s presidency] is going to represent a dramatic break in foreign policy is just wrong. Calm down, for God’s sake.”

As the Washington Post noted, Pinchuk has exceeded $10 million in donations to the Clinton Foundation.

Republicans are not taking the alleged accusation in Bolton’s unpublished manuscript too seriously.

North Carolina Rep. Mark Meadows cut right through the machinations of the bipartisan Swamp Class Monday, throwing shade on Bolton’s unverified claim that President Trump wanted to withhold Ukraine’s military aid for some reason, possibly due to Ukraine’s well-documented interference in the 2016 election against Trump. Republicans continue to rally behind the president, except for possibly the “RINO wing” led by Sen. Susan Collins and Utah senator Mitt Romney, who is crafting mainstream media headlines with his pro-Bolton advocacy.

“I have evidence that they leaked when it was over in the House. My hypothesis is that this is part of a coordinated leak in order to change the narrative,” Meadows stated in a hallway press conference, referring to Democrats. Meadows’ adult comprehension of political gamesmanship is a stark contrast to many clueless Republicans, and explains why Meadows is a routine White House visitor to talk strategy with President Trump. Vacating his House seat this year, Meadows is expected to become either White House chief of staff or Secretary of State.

“This leak was designed for one purpose and one purpose only, and that was to try to manipulate the thinking of my Republican colleagues in the Senate to encourage them to open it up and provide for more witnesses,” Meadows said.

“The facts are clear, the facts have been clear. And so I’m not in favor of calling additional witnesses…The facts remain, as they always have been, in support of the President, that he got no political advantage. No investigation. Nothing was delivered.”

Meadows pointed to numerous firsthand witnesses who absolve the president of wrongdoing, “including the actual president of Ukraine.’

“Regardless of what Ambassador Bolton says, that doesn’t change,” Meadows said.

Meadows scoffed at the idea that Bolton is some kind of “super-witness” due to “an alleged conversation that he didn’t repeat.” Tags: John Bolton