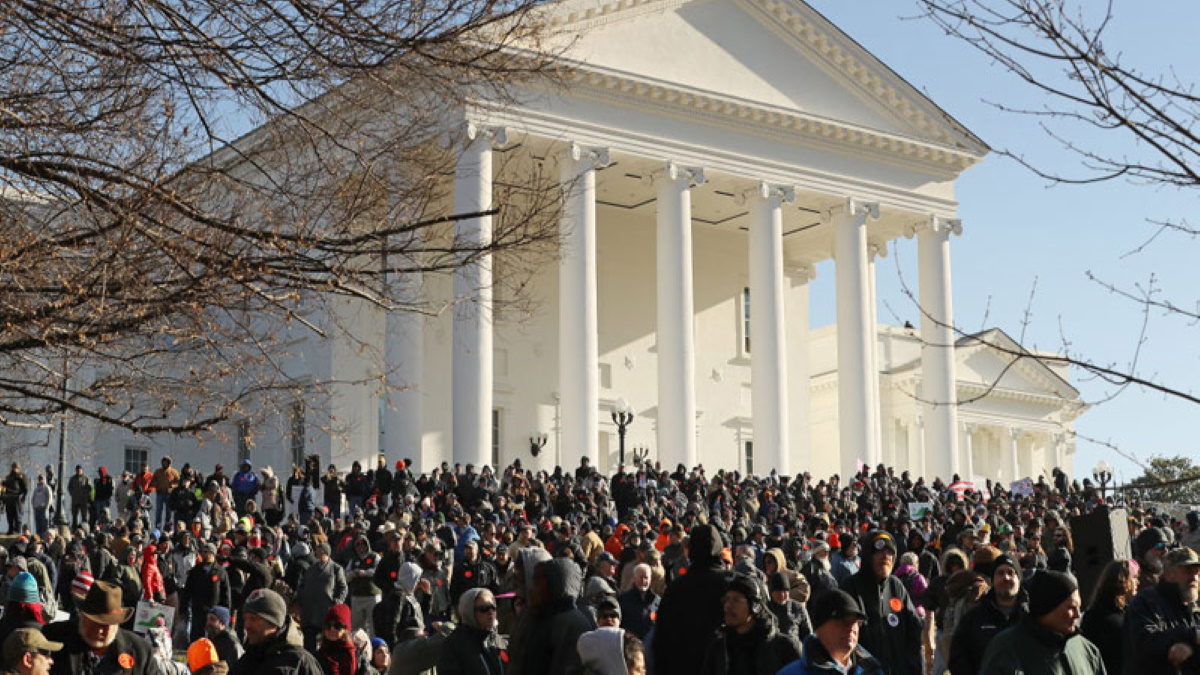 Violence nowhere to be found to disappointment of mainstream media

American patriots have gathered in Richmond, Virginia to defend the Second Amendment.

On this historic, Monday broadcast of The David Knight Show, guest host Tony Arterburn will report on the weekend’s biggest news as well as keeping viewers updated on the Second Amendment rally in Richmond, Virginia, as Alex Jones, Owen Shroyer and other Infowars reporters document the march live.

Remember to exercise your First Amendment rights and stand up for the Second at the same time by sharing this censored link.

Infowars’ live feeds and reports from the Capitol grounds in Richmond, Virginia can be found below: