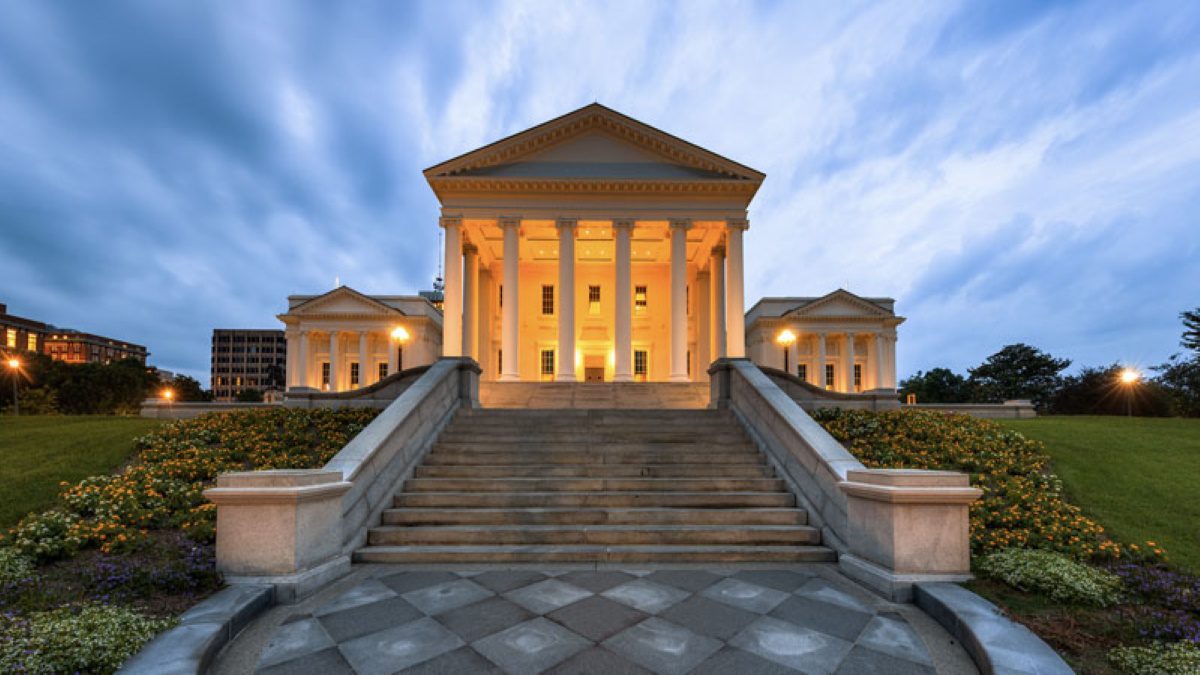 As various pro-gun rights groups prepare to gather at Virginia’s state capitol in Richmond on Monday in what’s expected to be one of the largest pro-gun rallies in recent memory, Democratic Gov. Ralph Northam has declared a state of emergency, police are busy setting up barricades and temporary holding pens – and one lawmaker has even arranged to spend most of the day in a safe house, according to the Washington Examiner.

The rally is expected to draw tens of thousands, and fears about Charlottesville-style violence are prompting police to scour the web for any signs of a violent plot.

Already, the FBI has arrested three alleged members of a violent white supremacist group who were planning on attending the rally.

As Republicans battle for the hearts and minds of the people against a state government that is unilaterally controlled by Democrats, Todd Gilbert, Virginia’s House Republican leader, warned on Saturday that white supremacist groups trying to spread “hate, violence, or civil unrest” would not be welcome at a pro-gun rally in the state’s capital on Monday, according to Reuters.

“Any group that comes to Richmond to spread white supremacist garbage, or any other form of hate, violence, or civil unrest isn’t welcome here,” he said. “While we and our Democratic colleagues may have differences, we are all Virginians and we will stand united in opposition to any threats of violence or civil unrest from any quarter.”

Organized by the Virginia Citizens Defense League, a group that annually lobbies the state legislature against new gun-control laws, this year’s rally is simply a much larger manifestation of the group’s annual gun-rights rally at the capitol.

As the Dems who control the state government plot a slew of new gun control measures in a state that has historically been more permissive about gun rights, Virginia has transformed into ground zero in the fight over gun rights in America. Already, gun owners across the state have been scrambling to buy up as many guns as they can before the new legislation takes effect, fostering a boom among gun sellers.

The tension even prompted President Trump to weigh in with a tweet on Friday: “That’s what happens when you vote for Democrats, they will take your guns away.”

One NRA member approached by a Washington Examiner reporter while rallying outside a legislative building earlier this week said gun-rights advocates in the state wouldn’t stand by idly while their rights are stripped away.

“We’re not going to be quiet anymore. We’re going to fight them in the courts and on the ground. The illegal laws they’re proposing are just straight up unconstitutional,” said Timothy Forster, of Chesterfield, Virginia, an NRA member who had one handgun strapped to his shoulder and another tucked into his waistband as he stood outside a legislative office building earlier this week. VCDL president Philip Van Cleave said he’s heard from groups around the country that plan to send members to Virginia, including the Nevada-based, far-right Oath Keepers, which has promised to organize and train armed posses and militia.

While the rally has attracted a substantial amount of media attention, Virginia’s gun-rights activists have identified another strategy to try and subvert the state legislature’s authority. As the New York Times reports, gun-control activist Philip Van Cleave and others are pushing municipalities around the state to pass or consider “2A Sanctuary” legislation that would in effect preserve certain gun rights in towns across the state.

Anyone planning on the attending the rally should keep this in mind: Dems have permanently banned guns inside the Capitol building, and Gov. Northam has declared a temporary state of emergency to ban all weapons from Capitol Square during the rally – a plea for the state SCOTUS to rule these measures unconstitutional was rejected on Friday – to prevent “armed militia groups storming our Capitol.”

Of course, even though organizers have taken pains to block far-right militias and outright white supremacists from attending the rally, we imagine these efforts will be lost on MSNBC, which should waste no time declaring every participant a dangerous gun nut.

Alex Jones breaks down the Deep State-orchestrated false flag potential that could break out at the upcoming 2nd Amendment rally in Richmond VA and how the Democrats will use the crisis to render judgement on Trump and attempt to remove him from office during the Senate impeachment trial that will start the day after the Virginia Capital rally.