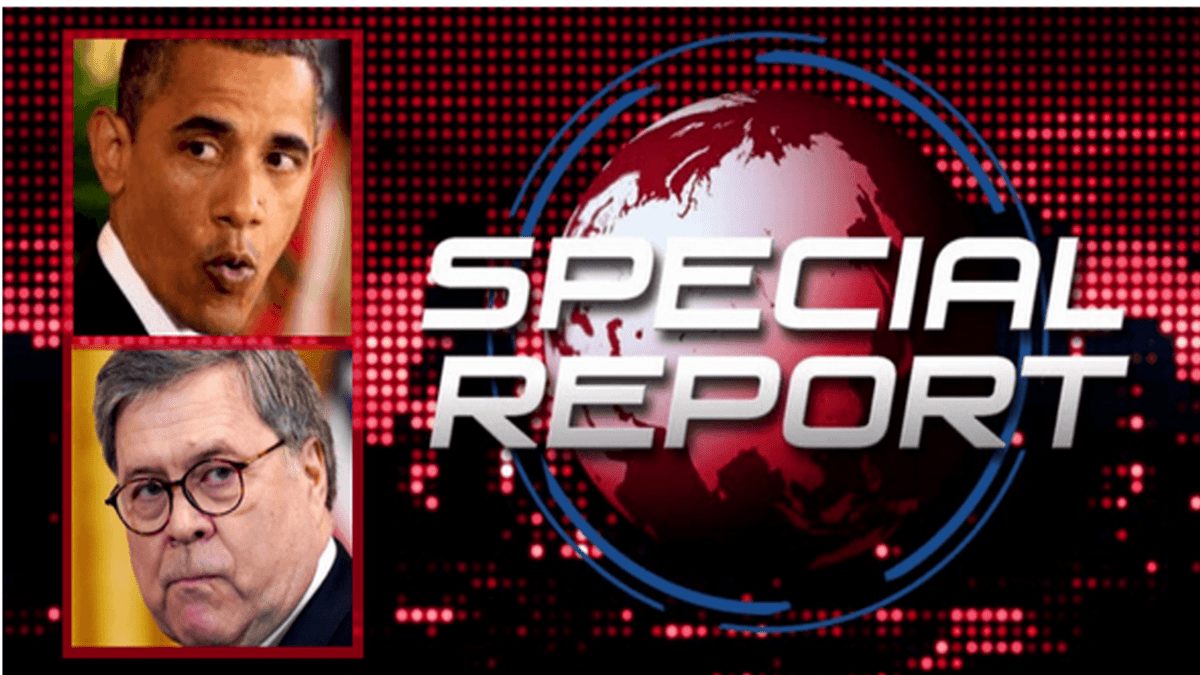 Ben S. Dutka is a journalist, writer and editor with over two decades of experience. He has worked with three newspapers and eight online publications, and he has also won a Connecticut short story contest entitled Art as Muse, Imaginary Realms. He has a penchant for writing, rowing, reading, video games, and Objectivism.

I don’t know about you, but I think Attorney General William Barr is doing a great job.

He’s proving to be a fantastic ally for President Donald Trump, and he’s never afraid to speak the truth…

…even if that means going after the left’s favorite politician: former President Barack Obama.

During an interview with NBC News, Barr slammed the Obama administration and the FBI. The AG pulled no punches!

He first said the FBI investigation into the Trump campaign back in 2016 was “completely baseless.”

Then he targeted Obama and his people, as The Daily Wire notes:

…Barr specifically called out Obama administration officials, including Obama, for the way that they approached Russian meddling in the 2016 election…

He’s going to say exactly what’s on his mind, and if that includes calling Obama to task, so be it.

Many believe the Obama administration was at least partly responsible for the probe into the Trump campaign back in 2016. And Barr obviously agrees.

On top of which, the Attorney General pointed out that the FBI’s investigation was a first in American history:

Sounds shady to me, wouldn’t you agree?

Barr added that “presidential campaigns are frequently in contact with foreign persons.” So in his view, there really wasn’t any cause for the FBI’s investigation.

He says “this was very flimsy,” which implies there might’ve been other powers at work behind the probe…

In the end, this “baseless” investigation is getting lots of heat from Trump allies. There doesn’t appear to be ANY reason for this probe! None!

Look, I think the Russia insanity is over. Nothing has been proven and I don’t see any concrete evidence that condemns Trump.

SHARE if you want Barr to bring Obama and his administration to justice!