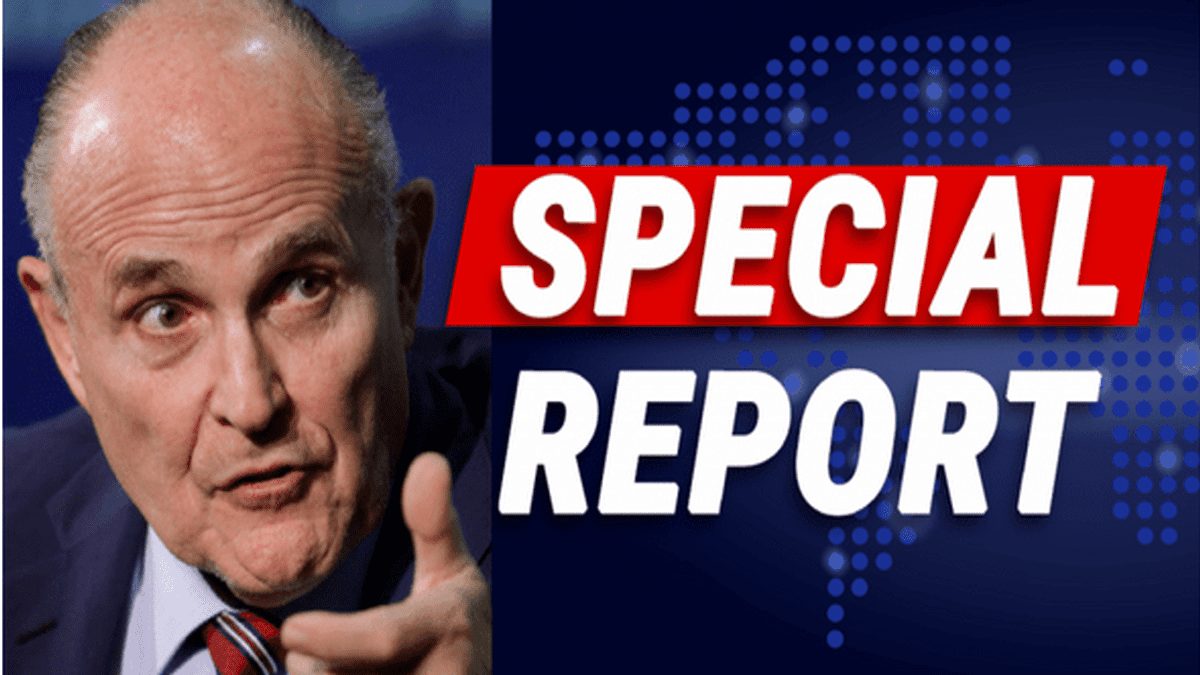 Adam Casalino Adam Casalino is a freelance writer, author, and blogger. He is a regular contributor for the Patriot Journal. Find his other work: www.talesofmaora.com

Rudy’s got the goods – here it comes, Pelosi!

The media keeps making it sound like Rudy Giuliani is a terrible risk for the president.

It doesn’t seem to match up with what we know about the man. The former New York mayor was celebrated for his leadership. He was even called “America’s mayor” after he held the city together after 9/11.

But now, because he’s working as Trump’s lawyer, he’s a liability?

Perhaps the media is afraid of what Giuliani is doing for Trump. It’s no secret the media has been supporting the left’s impeachment push.

Giuliani has been pushing back since day one. And he’s been a tireless fighter in the president’s corner.

Now, it looks like Rudy has uncovered a whopper.

President Trump claimed that his personal lawyer Rudy Giuliani will give a report on findings from a recent trip to Ukraine to Congress and the Department of Justice.

Speaking to reporters on Saturday, the president said that a recent trip to Ukraine by Giuliani was fruitful and that the former tough-on-crime New York City mayor was “going to make a report, I think to the attorney general and to Congress. He says he has a lot of good information.”

Trump boasted that Rudy came back from his trump to Ukraine with lots of information.

We know that the Democrats’ impeachment scheme started with Ukraine. They are trying to doom Trump because he was looking for answers from Ukraine.

Democrats launched an entire impeachment scheme, it seems, just to stop the truth from coming out.

But America still demands the truth. We want to know what Joe Biden and the Obama administration was doing with Ukraine.

Recent stories have surfaced that suggests more wrongdoing was going on, aside from Joe Biden’s connection with his son.

Now, we see that Rudy Giuliani has come back with some good information, according to the president.

And his lawyer is ready to share it with the attorney general and Congress.

Imagine what he will reveal?

SHARE if you want Rudy Giuliani to shatter the Democrats’ impeachment charade!