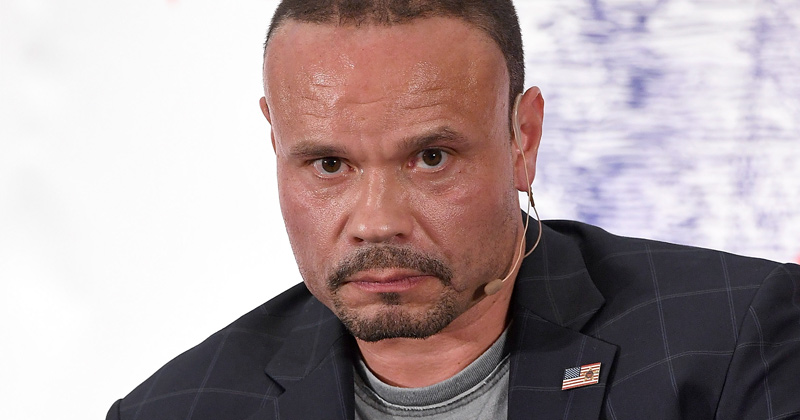 The deep state is panicking over Joe Biden’s admission that he threatened to bankrupt Ukraine unless its government fired a prosecutor investigating his son’s “questionable business activities there,” according to radio host Dan Bongino.

Bongino also suggested that Biden’s allies in the media are pushing the ongoing whistleblower story claiming that President Trump is guilty of wrongdoing by making undisclosed promises to Ukraine in an attempt to deflect attention away from Biden, who admitted he threatened Ukraine into firing its top prosecutor who was leading a corruption probe.

“They’re… panicking over Joe Biden’s actions in Ukraine to block the investigation into his son’s questionable business activities there,” he tweeted on Friday. “The latest anti-Trump intel leak about the ‘promise’ to a foreign gov’t is CLEARLY an effort to intimidate Trump into backing away.”

1 of 3
This is one of those moments that could change everything. The absolutely corrupt media, in conjunction with their liberal pals & deep-state chums, are in a panic. They know the coming IG report is going to expose massive Obama admin foreign collusion with Ukraine & Russia

2 of 3
They’re also panicking over Joe Biden’s actions in Ukraine to block the investigation into his son’s questionable business activities there. The latest anti-Trump intell leak about the “promise” to a foreign govt is CLEARLY an effort to intimidate Trump into backing away.

3 of 3
It’s time to give these corrupt, anti-Trump lunatics the double-barreled middle finger & to double-down on making sure these corruptocrats see justice. The Trump administration MUST NOT fall into this intimidation trap. They must plow through & expose these people.

“The latest intel hit on Trump tells me that the deep state swamp rats are in a panic over the Ukrainian/Obama administration collusion about to be outed in the Inspector General report,” he also tweeted on Thursday. “They’re also freaked out over Biden’s shady Ukrainian deals with his kid.”

The latest intell hit on Trump tells me that the deep-state swamp rats are in a panic over the Ukrainian/Obama admin collusion about to be outed in the IG report. They’re also freaked out over Biden’s shady Ukrainian deals with his kid.

The latest anti-Trump intell leak is now looking like ANOTHER liberal-media-symbiote attempt to distract from a bigger Dem scandal. We’ll see where this goes but the lib media’s efforts to suppress Ukrainian collusion w/the Obama admin & Biden’s corrupt deal there is critical.

What’s not helping Biden is that he actually admitted he threatened to withhold $1 billion from Ukraine if it didn’t fire its top prosecutor, Viktor Shokin, who was then leading a corruption probe into a natural gas firm whose board included Biden’s son Hunter.

“I said, ‘You’re not getting the billion.’ I’m going to be leaving here in, I think it was about six hours. I looked at them and said: ‘I’m leaving in six hours. If the prosecutor is not fired, you’re not getting the money,’” Biden admitted, recalling his conversation with then-Ukrainian President Petro Poroshenko while he was vice president. “Well, son of a bitch, he got fired.”

“And they put in place someone who was solid at the time.”

Interestingly, the New York Times even suggested that the “wrongdoing” by President Trump might not even be illegal, stating that some legal experts said “it was not obvious” how a conversation between the president and a foreign leader could meet the legal standards for a whistleblower complaint deemed an “urgent concern” by the inspector general:

And while Mr. Trump may have discussed intelligence activities with the foreign leader, he enjoys broad power as president to declassify intelligence secrets, order the intelligence community to act and otherwise direct the conduct of foreign policy as he sees fit, legal experts said.

This would explain why President Trump was smug to reporters who were asking him about the whistleblower story.

“You’ve had a very bad week, and this will be better than all of ’em, this is another one,” the president told reporters. “So keep playing it out because you’re gonna look really bad when it falls, and I guess I’m about 22 and 0 and I’ll keep it that way.”