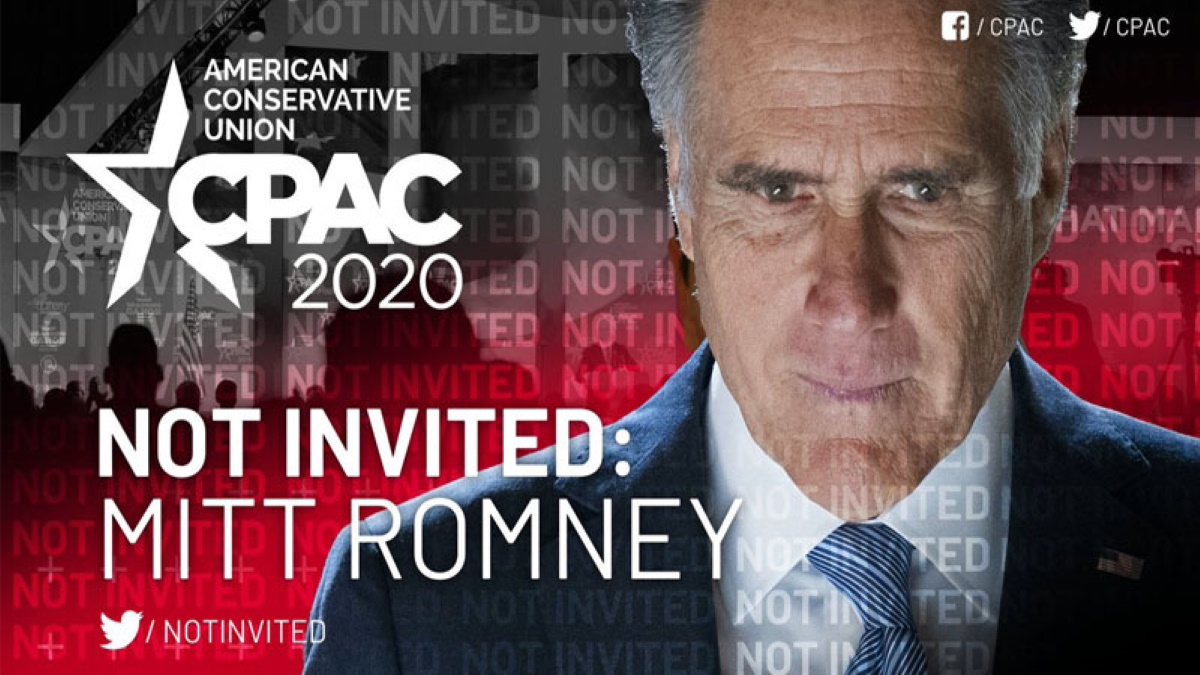 Conservative Political Action Conference (CPAC) chair Matt Schlapp announced that Utah Senator Mitt Romney would not be invited to the annual conference after voting with Democrats to call in additional witnesses for the Senate impeachment trial of President Trump.

“The ‘extreme conservative’ and Junior Senator from the great state of Utah, @SenatorRomney is formally NOT invited to #CPAC2020,” Schlapp tweeted Friday.

The snub comes after Romney became one of two Republican senators to vote with Democrats in calling for additional witnesses involving Trump’s phone call with Ukraine President Volodymyr Zelensky in July.

CPAC, one of the largest conservative gatherings in America, is set for February 26th at the Gaylord National Resort & Convention Center in National Harbor, Maryland.

So far, Romney has not responded to the disinvite as of this writing.

Romney’s betrayal of Trump in the Senate isn’t all that surprising given he frequently disparaged Trump on social media under the pseudonym “Pierre Delecto.”