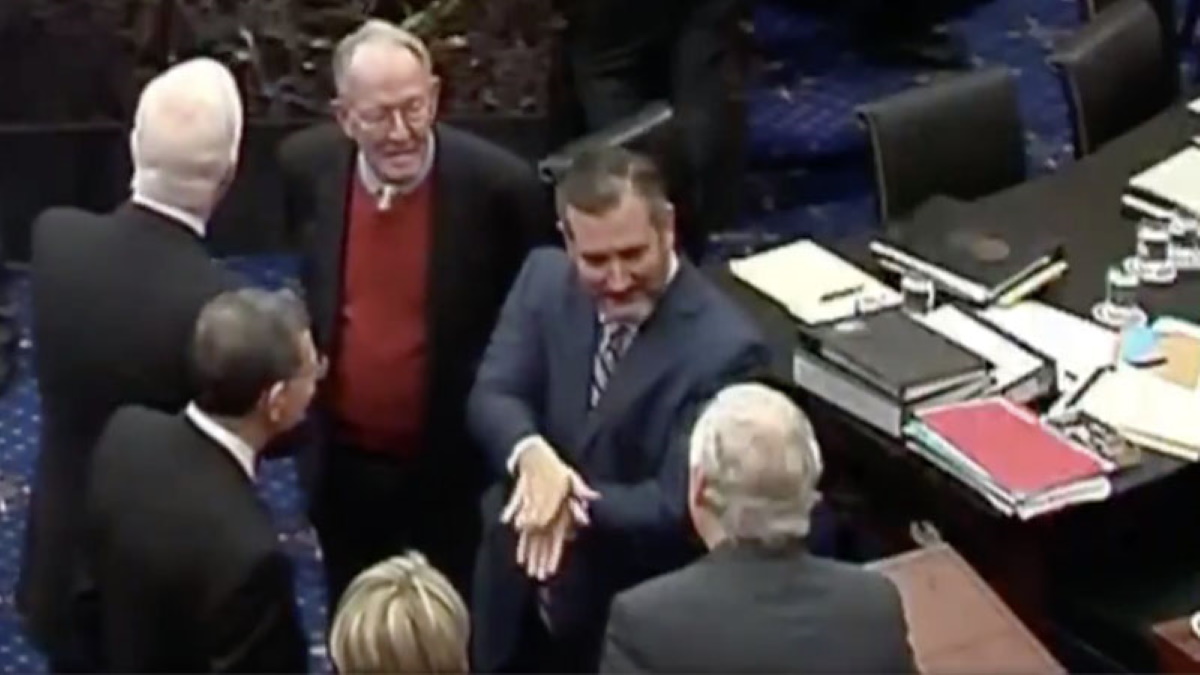 During a recess following Friday’s vote, Cruz was seen mimicking Pelosi’s infamous condescending hand clap that she gave Trump after his State of the Union address in 2019.

Nasty Pelosi made the derogatory clapping following her ascension as House Speaker since Trump came to power, which many saw as the beginning of the Democrats’ full-blown impeachment crusade against the president.

Pelosi was even praised by Hollywood and the media after her sarcastic clap to Trump.

But the question is, who did it better?

Deanna Lorraine is running for Congress against Nancy Pelosi in a bid to regain control of her seat in the name of the American people.