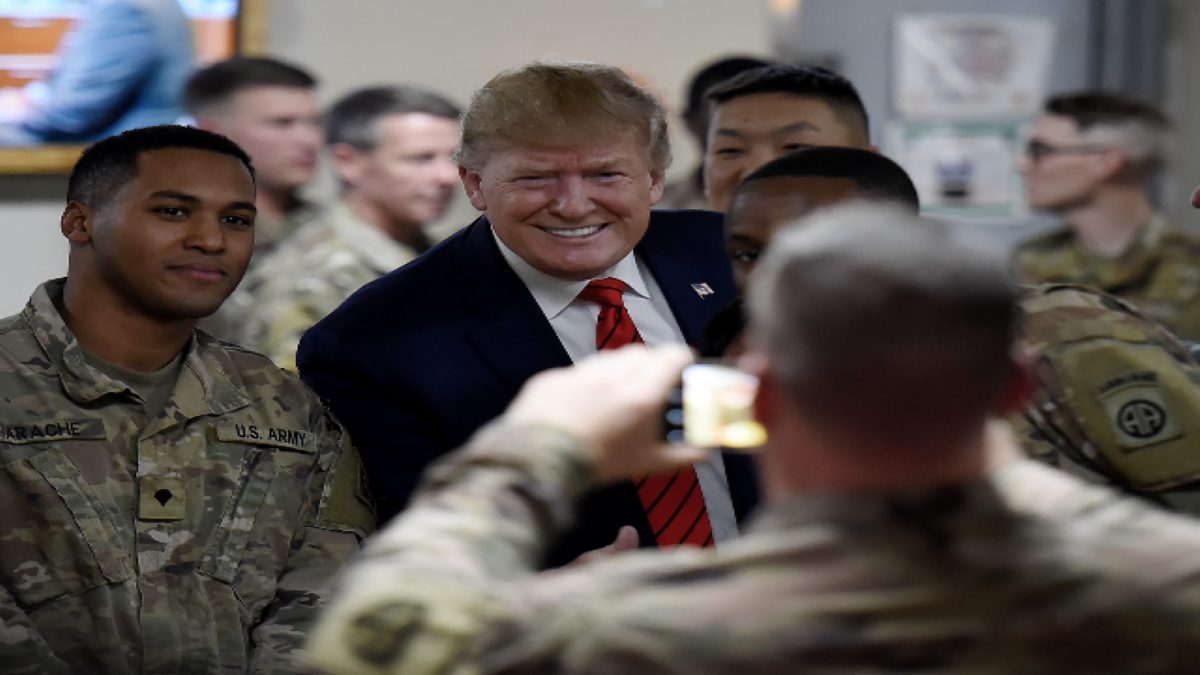 President Donald Trump has made a surprise visit to Afghanistan to address U.S. troops on Thanksgiving Thursday.

The president arrived at Bagram Air Field around 8:30 p.m. local time and spent roughly two-and-a-half hours in the war-torn country. The media was under “strict instructions” to keep the visit under wraps for security reasons, CBS News reports.

Daniel Scavino Jr., the White House’s Director of Social Media, tweeted a pair of videos of the president’s arrival at the military base and his introduction for his speech before the troops.

Before his speech, President Trump and Chairman of the Joint Chiefs of Staff Gen. Mark Milley served turkey to around two dozen troops at a dining area covered with Thanksgiving-themed decorations.

“There’s nowhere I’d rather spend Thanksgiving than with the toughest, fiercest warriors,” the president said in his remarks. “I’m here to say Happy Thanksgiving and thank you very much. As president of the United States, I have no higher honor than serving as commander-in-chief.”

“We will continue to work tirelessly for the day when all of you can go home to your families, and that day is coming very soon,” he added.

Grisham told reporters that the trip had been weeks in the making.

“It’s a dangerous area and he wants to support the troops,” she said. “He and Mrs. Trump recognize that there’s a lot of people who are away from their families during the holidays and we thought it’d be a nice surprise.”

The surprise trip comes two months after President Trump ended peace talks with the Taliban in response to the terror group’s bombing in Kabul, which took the lives of 12 people, including one U.S. soldier.

During his brief trip, the president met with Afghan President Ashraf Ghani and announced that the U.S. has restarted negotiations with the Taliban.

“The Taliban wants to make a deal — we’ll see if they make a deal. If they do they do, and if they don’t they don’t. That’s fine,” the president said.

The Associated Press contributed to this report.