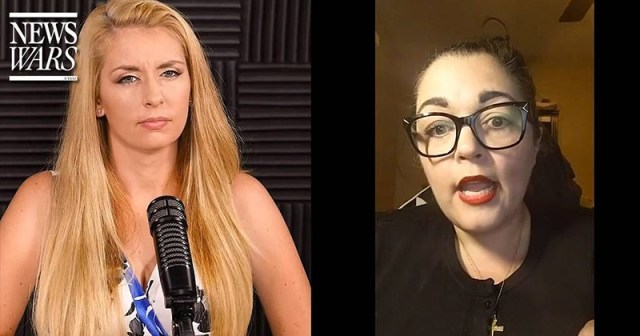 Millie Weaver interviews controversial radio host and US Navy veteran Tore, host of Tore Says, about her inside knowledge into events leading up to 9-11 surrounding John O’Neill, the special agent in charge in the Federal Bureau of Investigations who died in the World Trade Center on September 11th, 2001.

John O’Neill started his counterintelligence career when the U.S. trained Osama Bin Laden to help with the conflict in Somalia in the late 1980s.

According to sources, Bin Laden was unhappy with what he saw in Somalia and flipped against the US influencing Somalian, anti-American sentiment which ultimately resulted in the famous “Black Hawk Down” events.

O’Neill started following Bin Laden and keeping tabs on his terrorist activities throughout the 1990s.

Incidentally, O’Neill and James Comey went to Nairobi together to investigate Bin Laden’s bombings of US Embassies throughout Africa on August 7th, 1998.

A couple of suspects were captured and interrogated; one of the interrogating attorneys was none other than Patrick J. Fitzgerald who represented Comey after he was fired as FBI Director.

Another suspect was attorney Michael Garcia, now Judge Garcia, who was interviewed to be FBI Director after Comey was fired.

Later, on August 30th, 2001, O’Neill resigned as Deputy Director of the FBI over conflicts with Robert Mueller.

According to Tore, his resignation was based on having information that there was an imminent threat and the intelligence community wasn’t listening.

On September 4th, 2001 Mueller becomes Director of the FBI, however, he was never sworn in as there was no ceremony.

Up until September 7th, 2001 Mueller purged and replaced the FBI’s counterterrorism division with his own people.

O’Neill was reassigned as head of security of the World Trade Center where he died on September 11th, 2001.