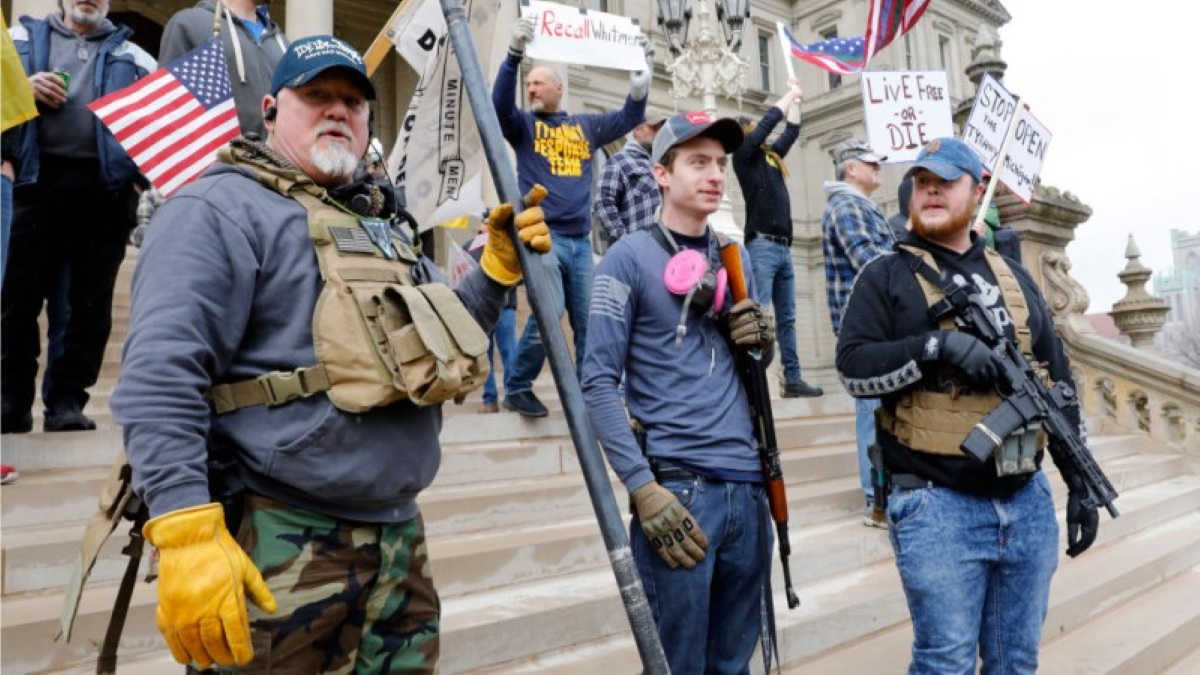 Has friends on Capitol Hill concerned about violence.

An expert with the United States Studies Centre says that America is on the brink of “mass civil unrest” that threatens to emerge out of anti-lockdown protests now taking place nationwide.

Demonstrations against coronavirus stay-at-home measures have exploded across the country over the last week after President Trump encouraged them on social media. The National Guard has been called out in some areas to deal with potential disorder.

Speaking to Sky News Australia, James Brown, a former Australian Army officer who commanded a cavalry troop in southern Iraq, said that the very specific mentality of Americans made them much more likely to rebel against lockdown measures compared to citizens of other countries.

“There is that part of the US political psyche that takes rights to a complete extreme,” said Brown, adding that “mass civil unrest” is an ever present possibility due to Americans sharing a “deep independent streak that believes the government is a nice-to-have not a must-have.”

The host of the show opined that if “anarchy” were to break out across the United States, “the government can’t bring the people to heel” due to the Second Amendment.

Brown said he had friends on Capitol Hill who were very worried about mass social disorder and a “gun battle on the streets.”

Brown said that so long as most people believed that states were making progress on battling coronavirus, they would accept and adhere to lockdown laws for the time being.

“But people will chafe, that idea of individual freedom and liberty is much stronger in the U.S. than it is Australia,” he added.

Be sure to get your improved boost of zinc and pregnenolone today with The Real Red Pill Plus now at 50% off!