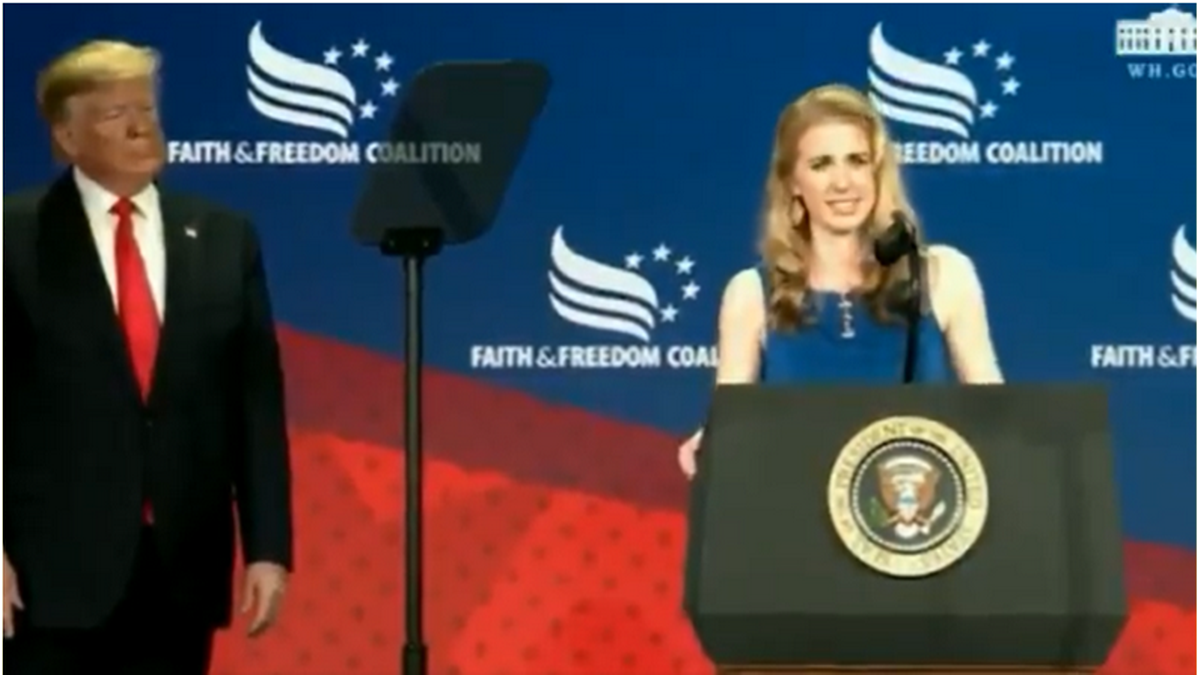 ‘Because he believes in survival of the fighter, not the fittest’

In May of 2018, President Trump signed the Right to Try Act, which allows people with life-threatening illnesses to seek experimental treatments.

The signing of that bill has already saved many lives, including Natalie Harp’s.

Speaking at a Faith & Freedom Coalition meeting in June of this year, Natalie explained how President Trump’s declaration of medical freedom allowed her to search for the treatment needed to save her life.

Read the full transcript of her speech below:

We all know the story of the Good Samaritan, but what you don’t know is that I was that forgotten person on the side of the road. The victim of medical error, the number three cause of death under the previous administration, and left to die of cancer.

First the medical establishment, they came by and they saw me there, so they wrote prescriptions for opioids, and they walked on.

Next the political establishment, they saw me there, and they stopped just long enough to come over and tell me how to die, how to speed up my death so I could somehow, “Die with dignity”.

But then an outsider, my good Samaritan, President Donald J. Trump, he saw me there and he didn’t walk by. He stopped, and for every single one of us, he gave up his own quality of life, so we could live and work and fight with dignity. Because he believes in survival of the fighter, not the fittest.

And so Mr. President, I have to say that you have made a lot of promises to us and you have kept every one of them. So we’re going to make you this promise. Just as you fought for us for God and America, we’ll never forget how you saw us on the side of the road and you walked over and you picked us up and you made us great again. And now we’re going to fight for you Mr. President. God bless you!