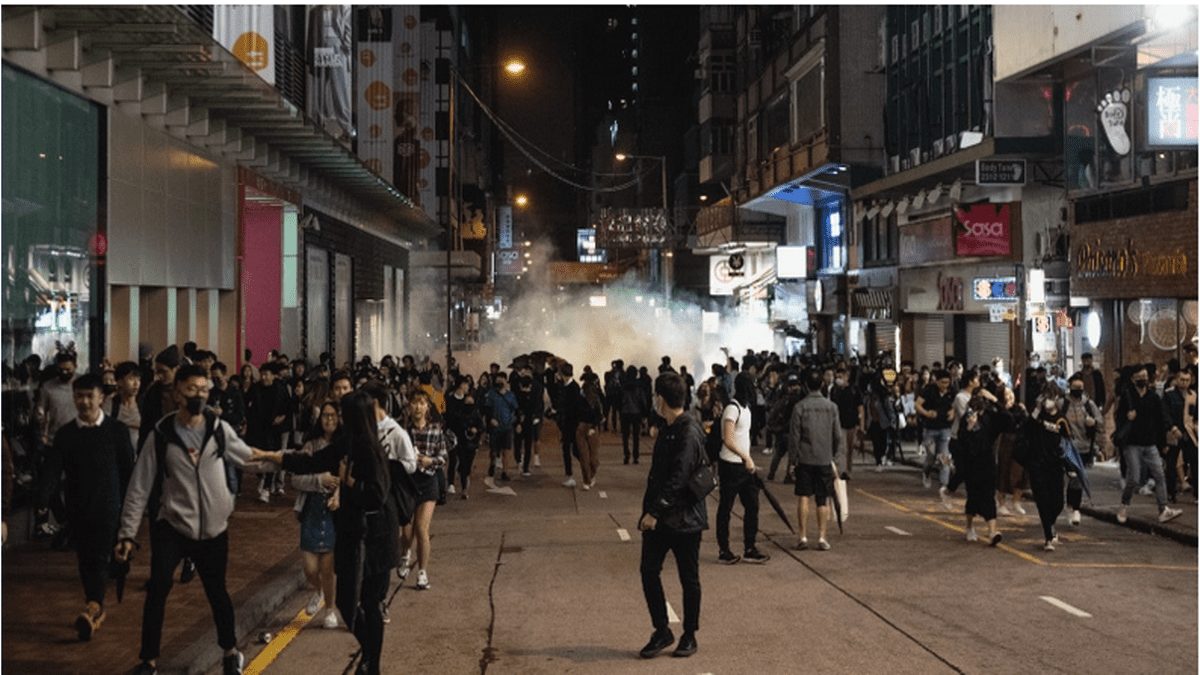 At least one person has been arrested and a 16-year-old fell from the roof of a restaurant after police burst into the establishment on Wednesday. He is in a stable condition.

The city-wide demonstrations, which have experienced a distinct lull during December, were planned to disrupt Christmas shopping and other ordinary activities in a move known as “Shop with You.”

Alex Jones breaks down recent revelations from the New York Times about the dangers of the public spy grid.

‘The government has still not responded to our demands’

“Confrontation is expected, it doesn’t matter if it’s Christmas,” one protester who did not want to be named told Reuters news agency.

“I’m disappointed the government still didn’t respond to any of our … demands. We continue to come out even if we don’t have much hope,” he added.

Hundreds of protesters, many dressed in black and with face masks on, chanted slogans like “Liberate Hong Kong!” and “Revolution of our times!” There were reportedly no major clashes, but police employed tear gas for the first time in December on the 24th and 25th.

Ezra Levant joins Alex Jones to discuss the motive behind propagating ‘Trump Derangement Syndrome’ throughout the American populace and the global population.