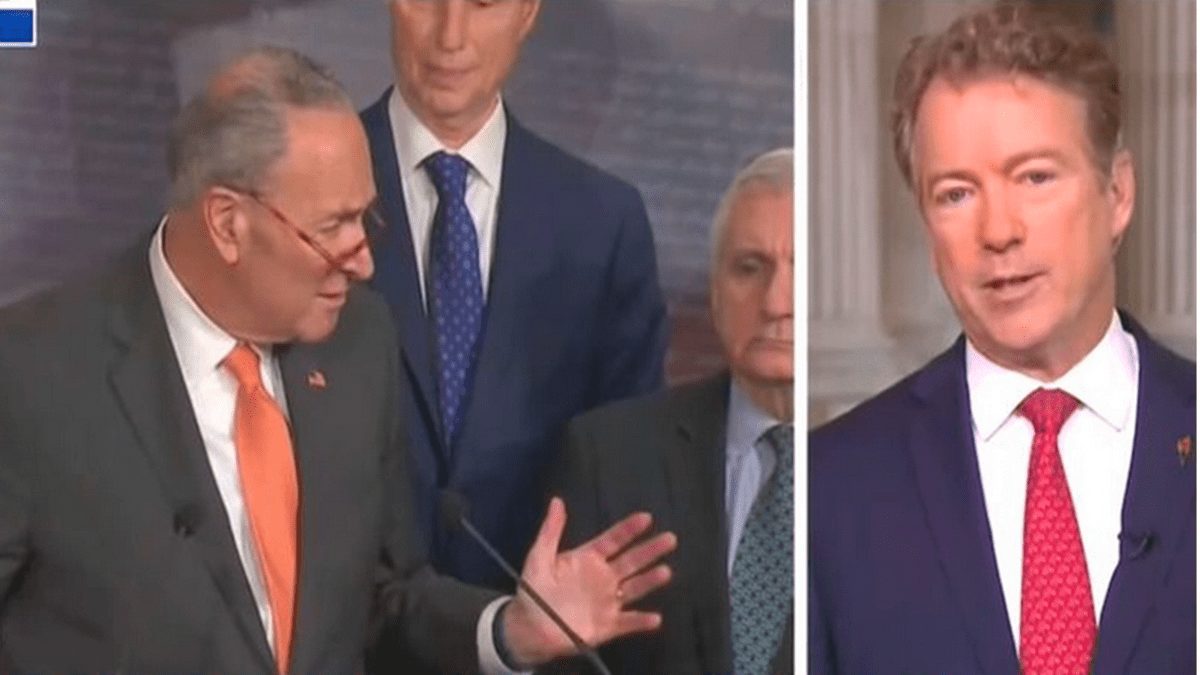 “It’s defamation of character and he ought to go to court and be sued for it.”

“I’m offended and shocked that Schumer would be so scurrilous as to accuse the president and his children of making money illegally off of politics when the only people we know have made money off of this have been Hunter Biden and Joe Biden,” Paul urged.

Alex Jones breaks down the latest delusion of the left to justify their partisan crusade to overthrow President Trump and the will of the American People.

The Senator then noted that former White House advisor John Bolton is peddling a book off the back of the trial.

“John Bolton is making money as we speak. He has probably already gotten the several million dollar advance for this book. He’s making money by testifying against the president.” Paul proclaimed.

“Look, a month ago, he didn’t want to testify in the House. Why? Maybe his book wasn’t finished. Now his book is finished. He wants to testify,” Paul remarked.

“The only people we know who have actually made money? Hunter Biden and now John Bolton. And they’re not objective. John Bolton is not objective in any way now that he’s cashing million dollar checks.” Paul noted, echoing comments made by the President:

“To have Schumer come up and say out of the blue, ‘Maybe the president’s kids are making money,’ with no evidence at all, that’s defamation and they ought to sue him,” the Kentucky Senator asserted.

“There is nothing in the record about the president’s kids,” Paul again pointed out, adding “So Schumer has just created this whole thing out of whole cloth and said, ‘Oh, why don’t we go after the president’s kids?’ We don’t know yet whether or not the president’s dealings with the Chinese president have something to do with the Trumps making money.’ He just made it up! Completely made it up! That’s defamation of character and he ought to go to court and be sued for it.”

Paul has continually pushed for having the Bidens testify and even threatened to force a vote on the matter. The Senator has also repeatedly called for the so called ‘whistleblower’ to be put on the stand.