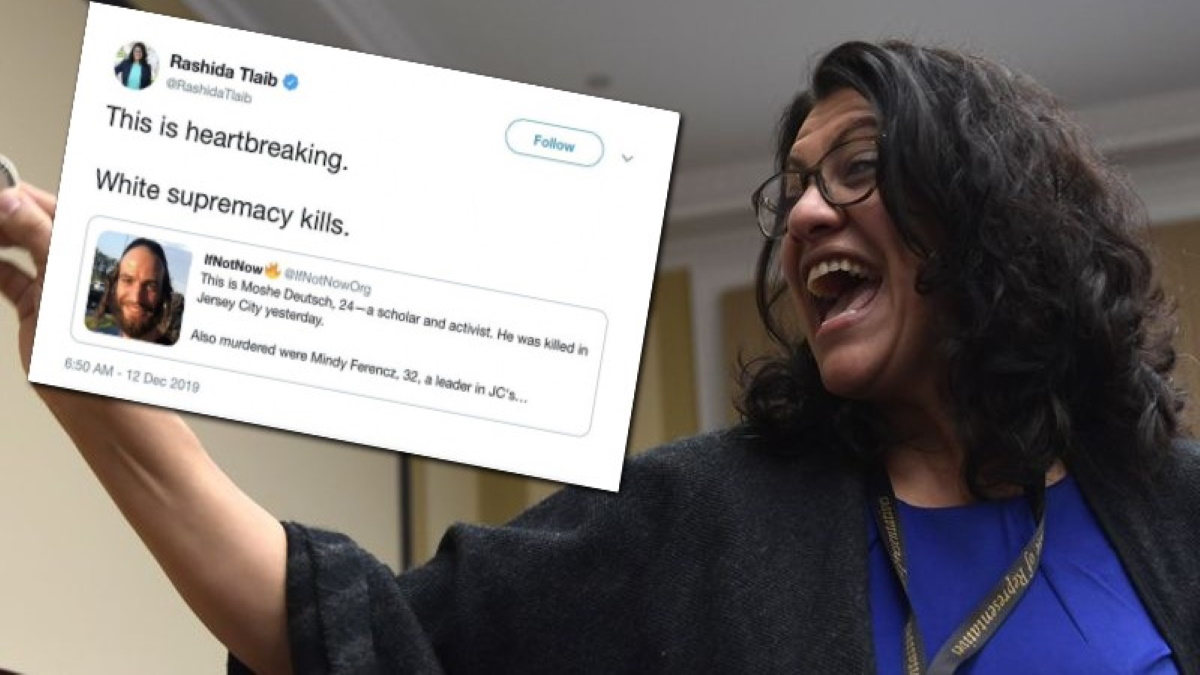 Democratic Rep. Rashida Tlaib blamed “white supremacy” for a shooting in New Jersey targeting a Jewish kosher grocery store which was carried out by a member of a black supremacist group.

Three civilians and one police officer were killed during the shooting on Tuesday, with the civilian victims later being named as members of the local Chassidic community.

The tragedy took place in a “historically black neighborhood where an ultra-Orthodox Jewish community recently has taken root,” reported the Wall Street Journal.

David Anderson was subsequently named as one of the shooters, with NBC New York reporting that he had made anti-Semitic and anti-police statements online.

Anderson was “once associated with the Black Hebrew Israelite movement,” reports Heavy.com.

The Black Hebrew Israelite movement is described as “Groups of Black Americans who believe they are descendants of the ancient Israelites.”

However, despite this information being known yesterday, Rep. Rashida Tlaib tweeted earlier today, “This is heartbreaking. White supremacy kills.”

Tlaib deleted the tweet after an immediate backlash pointing out that at least one of the shooters was a black supremacist, not a white supremacist.