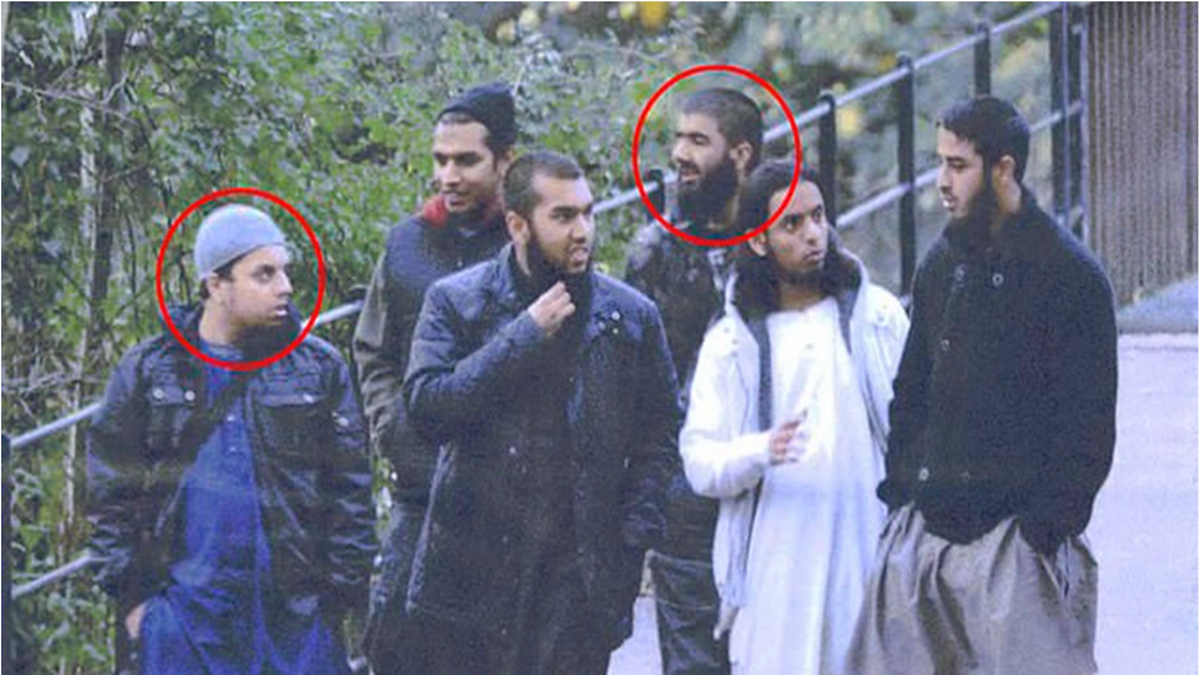 The photo above is a photo of Satan’s Son’s, Doing his work! Shot’em on Sight!

How WERE they freed?

A terrorist jailed with London Bridge knifeman Usman Khan over a plot to kill Boris Johnson and attack London landmarks left prison only to begin planning a Lee Rigby-style murder.

Mohibur Rahman, 35, was one of nine terrorists, also including Khan, who were handed long sentences in 2012 for a plan to blow up famous sights in the capital including the London Eye and the London Stock Exchange.

Rahman is circled on the left of the surveillance photograph of those convicted of the London plot along with Khan. Both were from Stoke-on-Trent in Staffordshire.

Rahman was released in 2015 but while serving part of his sentence at Belmarsh top security prison in South-East London he became friends with two men from the West Midlands, Khobaib Hussain and Naweed Ali.

The trio formed a group that they called ‘The Three Musketeers’ and used that name to communicate with each other on encrypted social media apps.

Alex Jones discusses the London Bridge Attacker, Melania Trump & More from San DiegoBy the way, get DNA Force Plus 50% off and get a free bottle of Brain Force Plus now!

Inspired by the murder of Fusilier Lee Rigby near the Royal Artillery Barracks in Woolwich, South East London, in May 2013, they plotted to launch attacks against military targets across the UK armed with knives, meat cleavers and even pipe bombs. A fourth man, Tahir Aziz, 40, joined their plot later.

The jury at their Old Bailey trial heard how MI5 had set up a fake delivery company called Hero Couriers, which ’employed’ the four as delivery drivers.

It meant undercover security officers were able to search the men’s cars when they left them on the premises to make deliveries in their vans.

This 2008 clip sees the London Bridge attacker, who is believed to be 15 at the time, interviewed by the BBC outside his house in Stoke-On-Trent