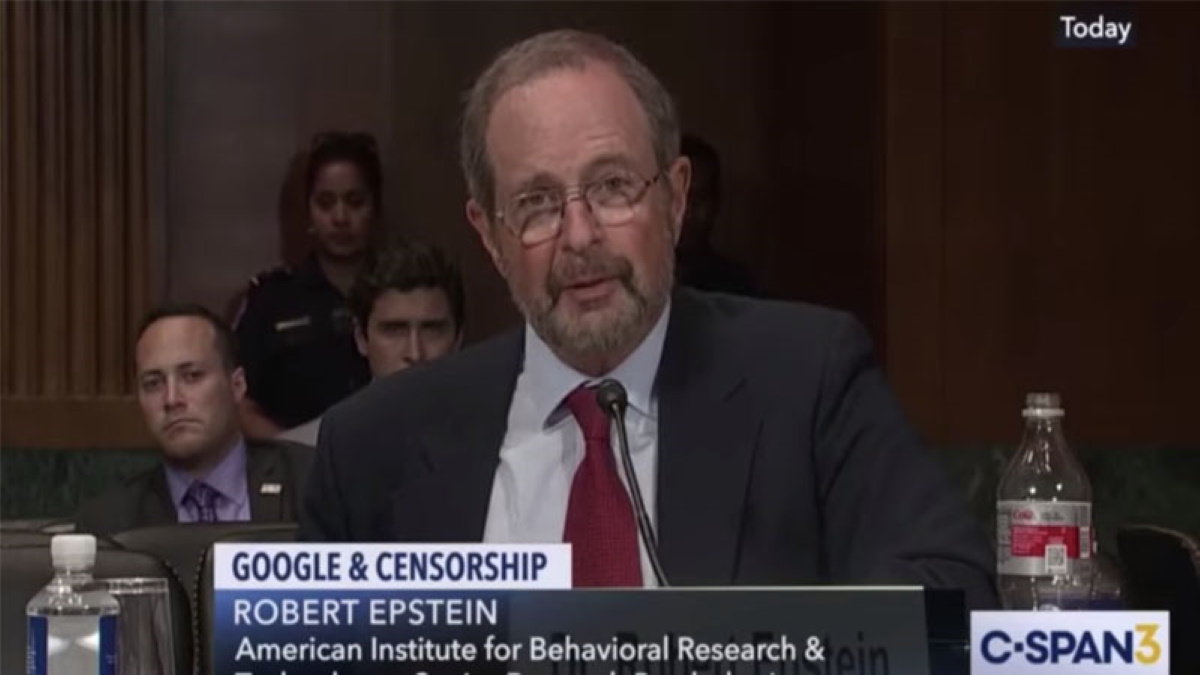 Google whistleblower and scientist Dr. Robert Epstein announced on Twitter that his wife passed away after a car crash on Friday.

“My beautiful wife Misti, a published poet, succumbed last night to injuries sustained in a car accident,” Epstein tweeted. “I was supposed to die in your arms some day, but a slippery road has ruined everything. You were not just my love, you were my greatest adventure.”

Epstein’s unfortunate tragedy comes after he testified before Congress in July about Google’s election meddling using sophisticated algorithms and subversive policies aimed at swaying millions of votes in favor of Democrats.

Notably, Epstein is a Democrat who supported and voted for Hillary Clinton in 2016.

Our prayers go out to Epstein and his family, and we thank him for his courage in speaking up against Big Tech election interference.

You can read Epstein’s full report on Google’s deep bias against conservatives and President Trump below:

EPSTEIN & ROBERTSON 201… by Writers on Scribd

Dr. Robert Epstein, a Democrat supporter, testified before the Senate to Google and other tech companies ability to manipulate the voting public.